Named after large Hindu temple dedicated to Lord Narsingh, the city of Narsinghpur is an important city of Madhya Pradesh. This city serves as district headquarters of Narsinghpur District in the state. It is said that the temple is built by a Jat Sardar in 18th century still remains a famous place in the central India. Khirwar clans of Jat community shifted here from Brij area in the ancient era and established Narsinghpur. As they followed Narsingh they therefore constructed temple to dedicate Narsingh and so did this place became famous after over the period. 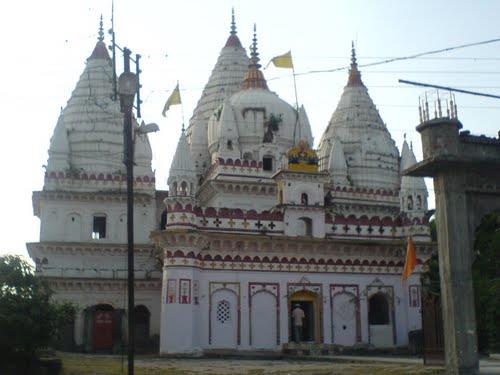 Narsinghpur city is of historic importance. Tourists can visit to many sites of interest many of which are listed by Archaeological Survey of India (ASI). It is inhabited since 2nd century and therefore remains notable as an ancient city. Historians have gathered many evidences of such claims. Adi Guru Shankracharya's place and caves are notable sacred sites here besides several ancient and modern temples. Till 19th century this region remained part of Maratha Bhonsle Maharajas of Nagpur and was therefore called Gadaria Kheda. Once Jat leaders occupied this area and built a huge Lord Narsingh temple, this place was renamed to Narsighpur thereafter. British Raj controlled it from 1818. By the time India attained freedom from British rule, Narsinghpur District was part of Nerbudda (Narmada) Division of the Central Berar Province that later became Madhya Bharat and Madhya Pradesh subsequently.


Geography and Climate of Narsinghpur

Narsinghpur is geographically located at 22.95°N 79.2°E at an average elevation of 347 metres in central part of Madhya Pradesh state. Distance between Narsinghpur city and state capital Bhopal is 239 kilometers. Famous mountain ranges of Vindhyachal and Satpura in the northern and southern areas respectively keep this place secure. Famous Narmada River flows in northern part of this district from east to western side. Climatic condition of Narsinghpur is pleasant throughout the year except during summertime when it turns relatively hot. Average minimum summer temperature is 25–26 °C. Maximum summer temperature reaches to 45–46 °C as hottest temperature. Summer season is not suitable for tours as this region faces excessive hot on such period and so are common dust storms during summertime. December and January are the coldest months in the district when average daytime temperature is 9 °C and nighttime temperature at 3.2 °C respectively. Heavy fogs are common during winters and so are cold waves on several occasions. District’s hygrometer goes down with monsoon’s arrival. June to September period welcomes 90% of the monsoon rainfall. Its average annual rainfall is of 60 days and measured to approximately 40 inches.


Economy and Industrialization in Narsinghpur

Apart from agricultural practices, the livelihood of the people in the region is also fueled by industries across Narsinghpur. Several small scale industries are common here. Such industries are mainly agricultural-oriented that include those preparing agricultural equipment, iron items and many more. Famous amongst the industries are Gur/sugar from sugarcane with Sugar Mills besides Beedi industry; Daal Mills and Oil Mills amongst others. Some more industries that have established in Narsinghpur district in the last few decades are cement pipes, paper mills, plastic & rubber, leather goods, earthen utensils and pots besides poultry farms, goat farming and fish farming et al. They have boosted region’s economy to the best extent possible.


Popular Places to Visit in Narsinghpur

This city is famous for its holy identity due to the presence of several temples. Besides temples and caves it also has some of the finest historical monuments which seek the attention of visitors. Here is the list of some of the notable places in Narsinghpur which engage the visitors during their tour to this place. 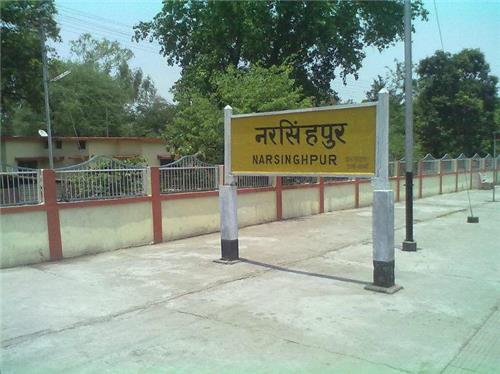 Narsinghpur is well connected by the rest parts of Madhya Pradesh by roadways, railways and airways. Narsinghpur city has its own railway station. This station is a halting point for several express trains bound to many cities in the state and other parts of the country. Local trains keep the city connected to nearby locations. Jabalpur Airport is the nearest one at a distance of 129 kilometers. It operates flights for many domestic and international destinations and therefore connects Narsinghpur with them through airways. Several highways pass through Narsinghpur city that lead towards other major and minor cities of the state. These roads also pass through the adjoining states so road journeys by bus and private cars become possible.

Narsinghpur portrays unity in diversity and humanism. As the inhabitants of this region are people of different faiths they maintain religious harmony for peaceful and harmonious living. The majority religious community is Kshatriyas while Kaurava, Kirar, Lodhi, Rajput and Gurjar are others besides good number of people from rest major faiths like Muslims, Christians and Sikhs amongst others. These hardworking individuals live peacefully and mainly remain engaged in the agriculture activities.
Narsinghpur maintains vibrant culture in the region. Common dressing sense of the masses in Narsinghpur is wearing dhoti and kurta with a piece of cloth named gamcha which males kept on their shoulders. Women use bandi on their foreheads. Rural women wear Kaste sarees while those in the city areas also wear trousers and salwar suits besides gold and silver ornaments. People also wear pants, shirts and pajamas. People prefer vegetarian food but select groups also like non-vegetarian food. Majority of inhabitants are involved in farming and agricultural activities.

People involve in dancing and singing Serra and Rachchre during Sawan month while they sing Rahi and Fagi during Phagun month. People like to wear Aahir special costume prepared from nets during Diwali. Karma and Saitaan dances are common on the occasion of tribal marriages. Married women celebrate Harchat (Halashti) in Bhadra month during Krishna Paksh's sixth day. Other festivals like Pola observed after fifteen days from Janmashtami; Sudi tritiya fasting by women on Bhadra and many more are worth noticing.

The district headquarters of Narsinghpur gives you ample opportunity to shop during a visit. It is not a big city but still offers you room to explore it for some items which are famous in the region. You can buy the handcraft items or cloths in local designs. Many shops deal into locally designed souvenirs which you can buy from the Narsinghpur district headquarters and take them along to gift to near and dear ones.


Narsinghpur at a glance

Comments / Discussion Board - About Narsinghpur