With an option for suitable weekend gateways one can utilize the time to the best possible extent. It takes no additional effort because visitors can make such short plans to turn their weekend completely refreshing experience. To begin with that make certain important preparations from a genuine selection of transportation facility, accommodation and clear cut goal about the spots to visit during such short trips. Although Narasinghpur is a small city but its relevance keeps this region into limelight. Several unique and worth remembering weekend gateways are there near this city that help make the weekend stays of visitors completely memorable experience. 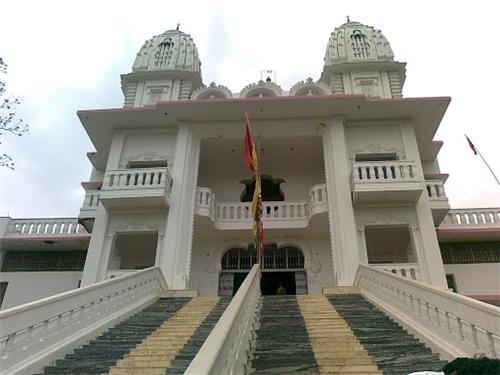 Shri-Dhaam
Another important location nearby Narasinghpur is famous city of Chhota Chhindwara which is also known by the name Gotegaon town nearby district headquarters. Nearest biggest city of Jabalpur is located at a distance of nearly 55 km from this city. This city has several historic monuments and temples including Maa Rajrajeshwari Temple and many Jain temples.

How to reach Chhota Chhindwara from Narasinghpur ?

Visitors can either travel by road or by railways from all parts of the state to visit this small but beautiful place. Shridham Railway Station serves this region and connects this holy city with the rest parts of the country. Regular buses operate from nearby areas to Chhota Chhindwara hence one has unlimited options to travel this place.

Where to Stay in Chhota Chhindwara ?

Chhota Chhindwara city doesn’t own big luxurious hotels. Several community guesthouses though operate in this city besides local hotels with limited amenities for affordable but comfortable staying solutions. One can opt to stay at famous hotels of Narsinghpur while travelling to Chhota Chhindwaera.

Located at a distance of mere 200 km. from state capital Bhopal, Chichli city is a major weekend gateway for those travelling to Narasinghpur district. Its fertile lands and rustic lifestyle make it appealing in the backdrop of Sakkar & Seeta Reva River flows through it. This city is located at the main road that connects Jabalpur to Mumbai at a distance of mere 80 km from Narsinghpur civil Railway Station. This small city is known for various types of industries including brass pots industry that has brought it into national and international limelight. Some of the notable places not to miss our in Chichli nearby Narasinghpur include famous historic monument Chougan Kila and Rani Dahar; religious destination Luck Mahadev and industrial units in Chota Jabalpur and Damru Ghati Gadarwada areas.

How to Reach Chichli from Narsinghpur ?

Road and railways connect Chichli to district headquarters Narsinghpur and other parts of the state as well as nearby states. Nearest railway station at Gadarwara namely Gadarwara Railway Station is located at a distance of mere 9 km from here. Several sub-roads and national highways link this city with all other places. The city also has ample local transportation facility for the inhabitants and visitors. They can use auto rickshaws, vans and city buses to explore this place.

Where to Stay in Chichli ?

Chichli doesn’t own any well-organized hotel listed in the state or national list for the visitors to book prior to their arrival. Being a small city it only provides guesthouse accommodation and reasonably cheaper hotel accommodation that offer limited amenities and facilities.

Located on the banks of Narmada River and near to Narasinghpur lies the city of Barman. The city lies in Mahakoshal region and is worth exploring. One can find remains of many ancient temples in this tiny city. One of the famous hills of Narasinghpur district namely Bitli Ki Pahadi surrounds this area. It is also notable for being the center of education as urban establishment surrounded by rural regions. 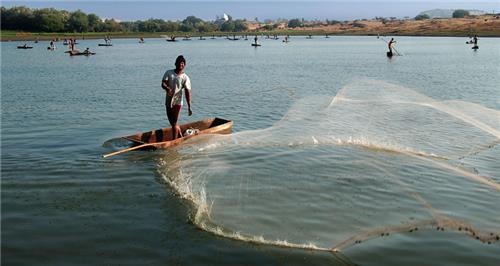 Barman Ghat
At Bramhan Ghat and Retghat annual fair is organized that attracts turists from across the region. Narmada and Warahi Rivers merge at Brahman adding more relevance to this place in Madhya Pradesh. At a small island nearby Barman city is believed to have a foot-print of Bhima.

How to Reach Barman from Narasinghpur ?

As Barman is connected to Narasinghpur district headquarters through national highway there is no issues for road transportation. Good road connectivity makes it easy for the travellers from all nearby areas to reach here without facing any type of hurdle.

Where to Stay in Burman ?

As it has been mentioned that Barman is not a big city it doesn’t own any big hotel chain. Some small time local hotels and guest houses operate here. They offer required amenities and services in reasonable prices. Locals at Barman city consider visitors their guests hence they provide them best of the comforts they can from the limited sources they own.

Previously called Gadariya Kheda today’s Gadarwara is an important location as a holy place in the district of Narsinghpur. There are various temples including Goddess Bijasen Temple, Badi Mata Temple, Jain Temple and many Islamic Shrines to make it a place with its identity of great religious harmony. Damru Ghaanti is the major temple in the city whose huge Shiva statue Shivalinga is flocked by hundreds of thousands of devotees during Mahashivaratri festival. 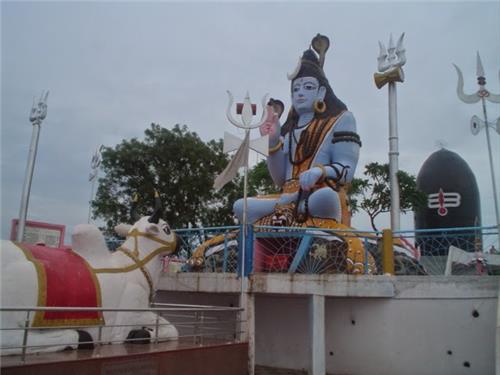 Damru Ghaanti, with its large statue of Shiva and Shivalinga

Owning several historical Rocks, Gadarwara remains in the prism of archeological surveys. Ruined monuments from ancient periods of Satvahans Dynasty of 4th century and Padi Kingdom amongst others besides Gond dynasty monuments including the most recent one namely the Fort of Chouragarh or Chougan at a distance of mere 20 km from Gadarwara are worth visiting places. A small fortress built by Maratha rulers besides many other historic places make this place worth exploring for those taking interest in history.

Being the birthplace of Kavi Indra Bahadur khare as well as childhood home of Osho Bhagwan Shree Rajneesh the city of Gadarwara has attained global popularity. People from American and European countries keep visiting this city for a visit to the small ashram and spots where they would have spent their childhood days. As this city lies at the main road that links Jabalpur with Mumbai in the western side of district headquarters Narsinghpur it remains an easily accessible location from all parts of the state. Beautiful Panchmari hill station is one of the major tourist attractions here. It is known in the region for production of pulses from many lentil varieties.


How to Reach Gadarwara from Narsinghpur ?

Being one of the major towns of Narsinghpur district with its proximity to many prominent cities of Madhya Pradesh state, Gadarwara is easily accessible by airways served by the nearest Dumna Airport or Jabalpur Airport at a distance of 129 km and state capital Bhopal’s Raja Bhoj Airport located at a distance of 209 km. Buses operating from Jabalpur, Bhopal, Indore, Chhindwara, Narsinghpur, Kareli, Sagar, Pipariya, Hoshangabad and many more cities connect it through roadways. Likewise, Gadarwara Railway Station is the biggest junction in the area. Trains leading towards many metropolitan cities pass through this railway station. It is one of the well-connected railway stations in the region.

Where to Stay in Gadarwara ?

Gadarwara is one of the biggest cities in the region hence it is served by many affordable as well as luxurious hotels and guesthouses. Visitors can enjoy comfortable stay during their visits. Here is the list of some prominent hotels in this city.

Kareli city is another unique location to explore during weekends. The town is fast developing in the region. Major attractions are holy location Barman at a distance of mere 16 km from here, numerous Hindu temples in and around this city and various shopping areas make it sought after. The biggest jaggery mandi of Madhya Pradesh is located in Kareli city.

How to Reach Kareli from Narasinghpur ?

As the distance between the two cities of Kareli and Narsinghpur mere 13 km both are well connected through roadways. A railway station is also located nearby.

Where to Stay in Kareli ?

Closeness to district headquarters makes Kareli popular in terms of business and leisure travels. As the city is very close district headquarters Narsinghpur most guests prefer staying in good conditioned luxurious accommodations there. A few local level guesthouses and hotels though operate in Kareli as well with limited amenities.

Besides the places mentioned above, several other locations are also there nearby Narsinghpur that can be explored during weekends. One can make a choice of such locations by taking advice from the tourism department for further exploration of this region.